ClarkMorgan Trainers believe that “Transforming Training, Evolving People” is as much about their own personal development as it is about delivering truly impactful trainings for our clients.

The Magic of Stadium Speaking

EACH YEAR I GET THE HIGHLY ENJOYABLE task of working with the Walmart board of directors to coach them for their upcoming YBM Speeches. For those outside the Walmart community, the YMB is their “Year Beginning Meeting”, held in a major stadium in one of China’s great cities. Last year we were in Guangzhou’s Baiyun stadium and this year we will be in Beijing at the National Convention Centre. Each event invites around 4000 (out of more than 100,000) of Walmart’s top associates for a two-day extravaganza of speeches, videos, events and celebrity guest stars. Each of the top management needs to deliver a short 10 minute speech which delivers the critical information these associates that will then be shared around the country to each of their stores.
Running this project has been a significant learning process for me. It’s only now that I really understand the inner workings of managing such a huge event and the astonishing amount of time and effort that it takes to make everything work. My piece in the jigsaw puzzle is a relatively simple one. I have to ensure that all the speakers are ready, practiced, their PowerPoint slides are up to scratch and that they make a great speech that maximises the audience attention and retention. The key learnings that I’ve had in training speeches for 4000 people are as follows:
Less is More!
The attention span of 4000 excited people is extremely short. It’s something similar to talking to a group of 5 year olds. Very long, wordy speeches that go on for too long, result in attention rapidly being lost and audience members quickly turning to one another to chat about something that interests them more. Also a 10 minute speech in the practice room easily becomes 13 or 14 minutes when delivered on stage. This is because there is always transition time, from the last speaker, time needed for the IT team to switch presentations and in Walmart’s case time for the very enthusiastic audience to quiet down after so much cheering.
Therefore a major part of my work has actually been helping to cut down the speeches to the right size. Cutting out the elements that almost everyone says such as:

“We’ve got an amazing event for you today” (No need to say this, just get on with it!)

“Thanks to my team, their team, the other team etc.” (We already have an awards section and a closing speech that has many, many thanks to each department. Although it’s nice to hear, there’s no need to say it in every speech!)

Add some jewels to maintain or bring back audience attention
As the audience is predominantly Chinese speaking with only a small percentage with strong English skills it is especially important for those delivering speeches in English to add some Jewels. These jewels could be many things but include:

Asking the audience a question that they need to respond to. This could be something like “Raise your hand if you have ever found pricing confusing!

After delivering a sentence that delivers positive news about your business ask the audience what they think to get a cheer. For example “and we drove revenues up by 86% last year! Hao, bu Hao???” the audience shouts “Hao!!!”

These are just a few of the skills that were taught, and if you are interested to learn more, be sure to contact ClarkMorgan today.

01  The Magic of Stadium Speaking 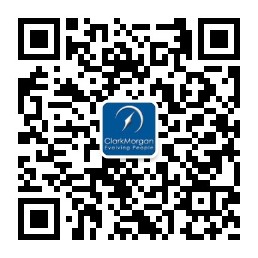